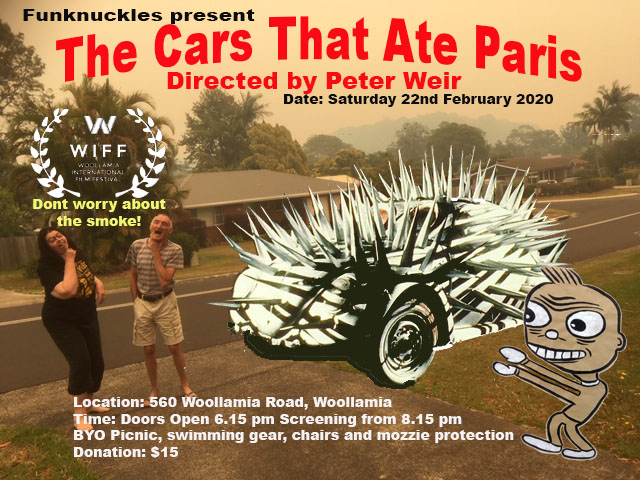 THE CARS THAT ATE PARIS is an iconic Australian cult movie directed by Peter Weir. A precursor to the ‘Mad Max’ films, the award for the craziest Australian automobile movie definitely belongs to this 1974 film (released in the US as ‘The Cars That Eat People’). This first feature from veteran director Peter Weir belongs to a pantheon of films focused on poor unfortunates stuck in scary outback towns (think ‘Wake in Fright’) where dark things happen, particularly at night.

Funds raised by the screening will be distributed to the Shoalhaven Mayoral Relief Fund for Bush Fire Relief and Wildlife Rescue South Coast.

WIFF is produced by the Funknuckle Collective, a small team of locals who present cultural events in the Jervis Bay region.