The BEEZ at Tomerong hall 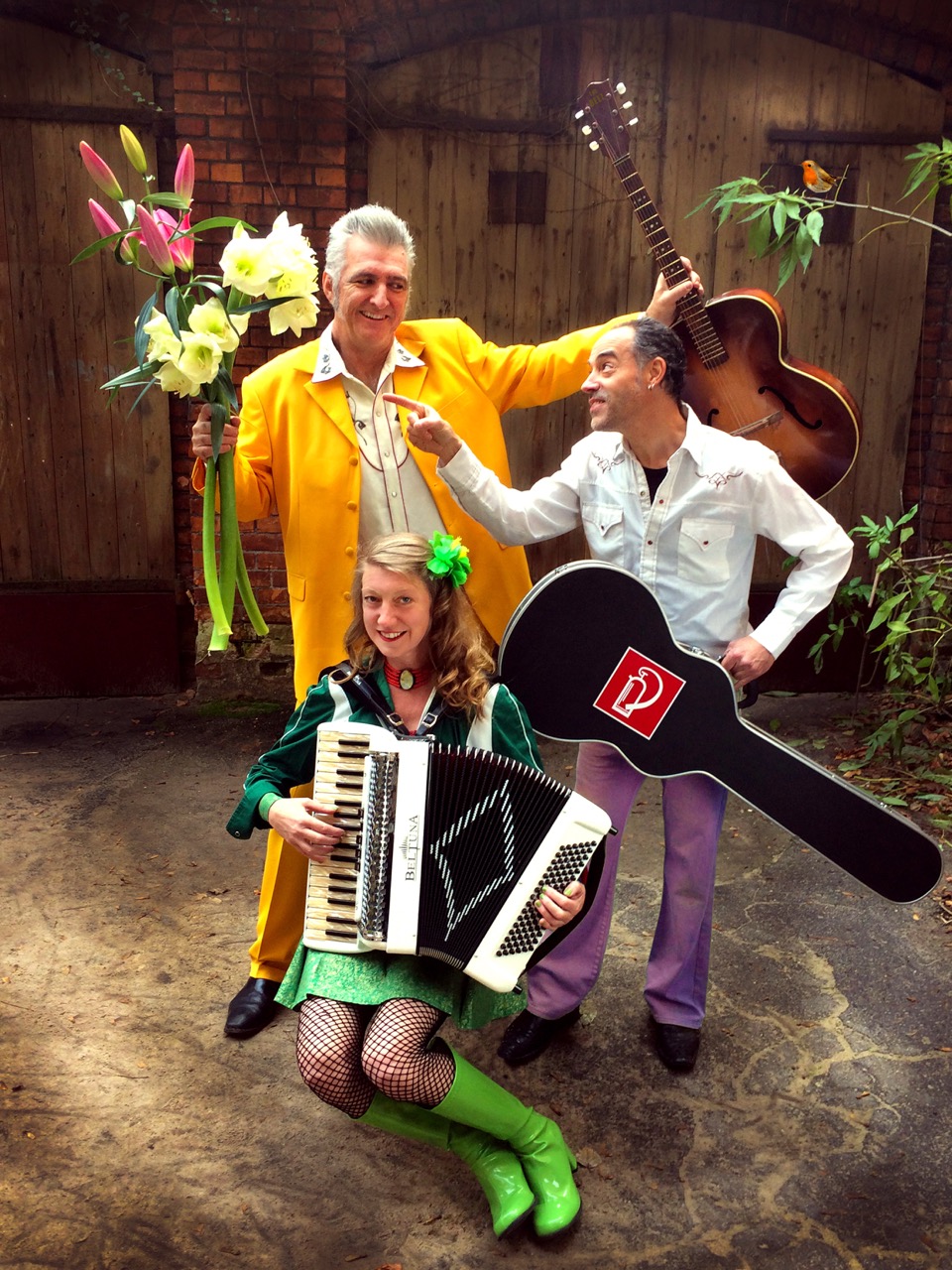 The Beez are your favourite record store. You know, the one that went out of business a few years back? Now re-opened in a slightly funkier part of town?

Yeah, that´s the one. Come in. Browse. Hmm, quite a selection, and it´s a lot bigger in here than it looks from outside. Colourful clientele, knowledgeable staff!

That´ll be Peter D’Elia over there, running the Country, Bluegrass and Americana section, but you´ll also find him moonlighting in metal and prog rock. He´s from San Francisco, a demon banjo and dobro picker and singer who also writes some mighty fine tunes, from heart-rending ballads to tales of being treated like a soundcheck by some misguided gal.

And over here – looks like the German department, but it´s hard to tell – an album from Queen, some Bowie, a little Berlin Cabaret and Bert Kaempfert, but also some pretty confronting stuff in German and English about the dangers of taking selfies and gentrification in Berlin. Deta Rayner, native Berliner, founded this store 20 years back. Angel´s voice. And what an accordion player! That bass you´re hearing? It´s accordion – a rare “helicon bass” specimen, one octave lower than what you´re used to.

Feel free to move around. Enjoy the diversity. You wouldn´t want to spend your whole life drinking just chardonnay, would you? Over here, looks like post-punk, blues and funk- even a little Barry White. Must be Rob Rayner who, like Barry, sings bass baritone, but also plays some very tasty, rootsy electric guitar.

Forsook his native Sydney for Berlin 30 odd years ago. Nice songs over here, too!

The Beez play an average 120 shows a year, primarily in Europe, but extending to major folk festivals in Canada and Australia, having appeared at (amongst others) Woodford, Port Fairy and The National folk festivals. The Beez have also appeared on ABC TVs Spicks and Specks. They will be touring Australia for the 10th time from January to May 2020.