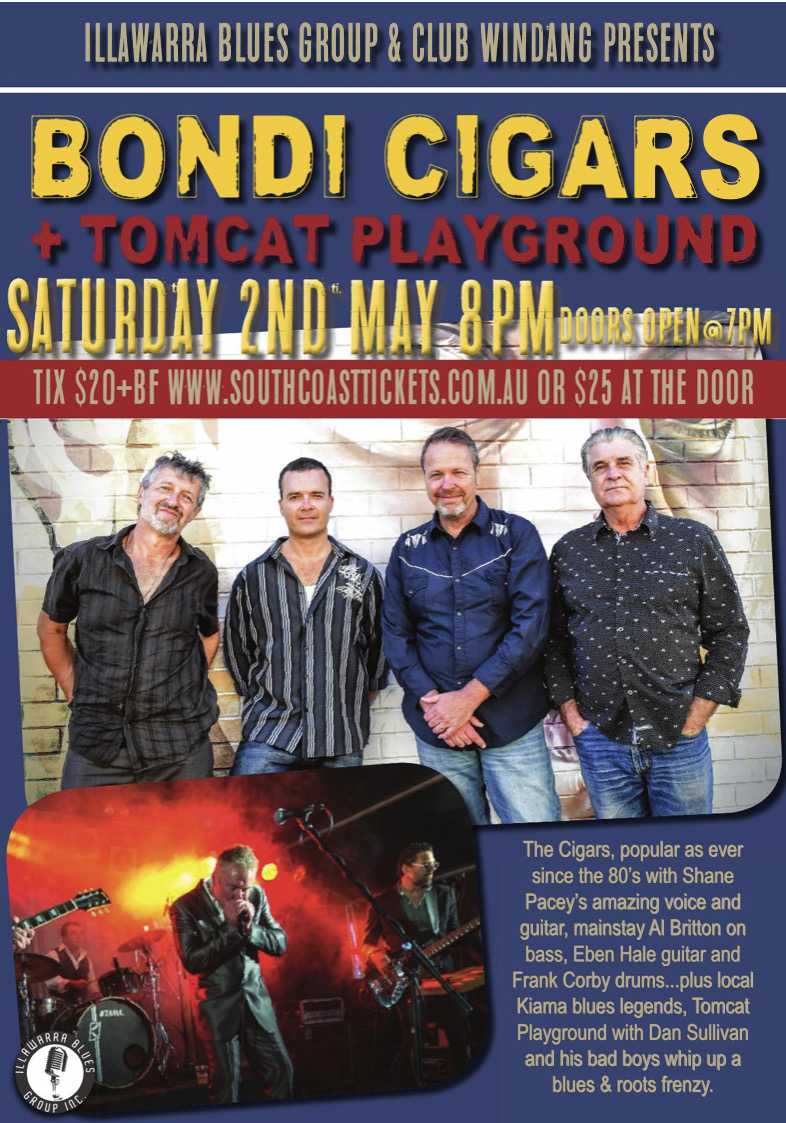 The Bondi Cigars return to the Illawarra and will turn your night on its head. Proudly presented by the Illawarra Blues Group and Club Windang, the Cigars began in the late 1980s when a revolution of blues had begun worldwide, led by the likes of Robert Cray, Stevie Ray Vaughan and Joe Louis Walker. The Cigars have been a mainstay on the Australian blues and indeed music scene, leading the way while other bands of the same era have diminished. Lead by frontman Shane Pacey, an amazing voice and guitarist, mainstay Al Britton on bass, Eben Hale guitar and Frank Corby drums the act has been nominated for ARIA awards, won Chain awards for best blues album and continued the dream of blues and roots in this country. Joined by one of the fast emerging favourites of Australian blues the swinging blues act Tomcat Playground this is one night not to be missed for the real blues enthusiast”