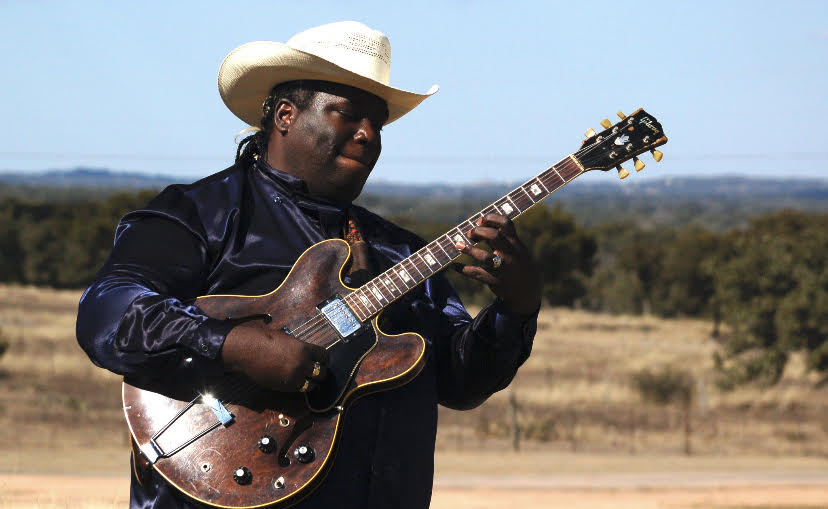 Eugene is a nomadic musician living his life on the road. His home is wherever the next performance takes him, and every year this is from America through Europe, to Australia with many other stops in between. Born in 1963, son of the blues guitarist Hideaway Slim, Eugene is the fourth child of five. His mother was from the Bullock family (the same as Anna Mae Bullock better known as Tina Turner) and Eugene claims he got his guitar skills from the Bridges side and his voice from the Bullocks. Following a move to Houston, Texas in the 1980’s Eugene released Blues, Gospel and R&B recordings by the three bands he was running at the time. These included the first line-up of the Eugene ‘Hideaway’ Bridges Band. They toured the USA from coast to coast.

Eugene then traveled alone to Europe, where B B King Bassist Big Joe Turner spotted him in Paris and offered him the position of Guitarist / Vocalist with Big Joe Turners Memphis Blues Caravan. Eugene just went from strength to strength. After 4 band CD releases he released his self titled CD Eugene “Hideaway” Bridges which saw him land 2 US blues music award nominations. Eugene returns to Australia, a place that was warmly accepted him to high acclaim.

Supported by Melbourne touring blues man Julian James this will be one night of killer blues at the highest quality, dont miss it!!