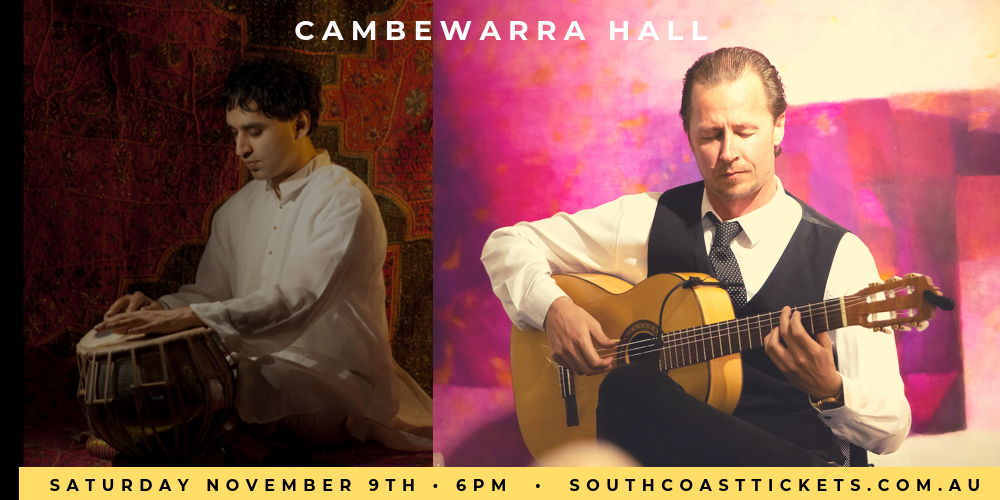 ARIA winner Bobby Singh is an internationally renowned tabla player, both in traditional Indian classical music and cross cultural genres, and is renowned throughout Australia and internationally for his work with acts that straddle the divide between tradition and modernity. Bobby Singh spends most of his time between India and Australia, regularly playing alongside cultural icons such as, Grammy award winner Pt Vishwa Mohan Bhatt, John Butler, Slava Grigoryan amongst others. Bobby also lends his flavour to the organic dance stylings of The Bird, and through his work with percussion trio Circle of Rhythm and Djan Djan.

“Damian Wright is a brilliant flamenco guitarist…Wright showed what a captivating solo player he is on his own “In Time”, and elsewhere his articulation of complex lines was fluid and dripping with conviction” – John Shand, Sydney Morning Herald.