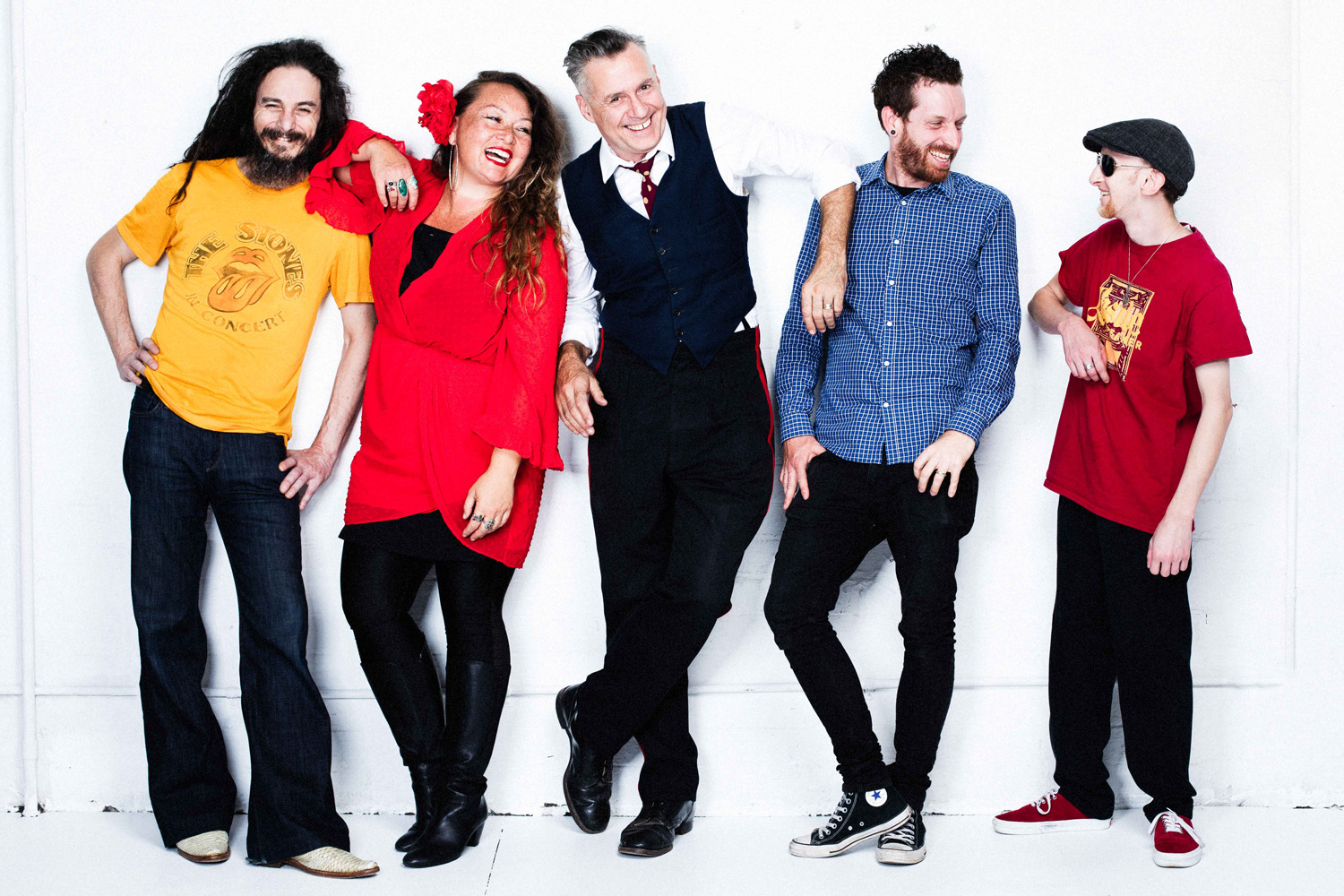 
“This is like a sonic time machine that can take you way back to a simpler time, filled with awe and wonder.” Nkechi Anele, Roots ‘N’ All, Triple J

When Captain Bluetongue of Sydney duo the Blues Preachersembarked on his new project it was a case of following his heart. The seasoned musician, who has performed at festivals all over Australia, including Byron Bay Bluesfest, the Woodford Folk Festival, the Blue Mountains Music Festival and the Gympie Muster, wrote a bunch of songs that felt like they needed a new home and so the Marvellous Hearts were born.

Now his ragtag crew includes George Rigatos on lead guitar, Hutchon drums, Danny Tsun on keys, and Katherine Vavahea on backing vocals, all established musicians in their own right. Their music is grounded in old school blues and traditional folk with flourishes of rock and reggae, with songs which are too relevant today to be labelled as “retro revivalists”. And it’s a line-up that feels meant to be. In fact, George was supposed to be part of the original Hearts line-up but couldn’t due to heart surgery. But a successful operation and a few twists of fate meant he was back on board after all.