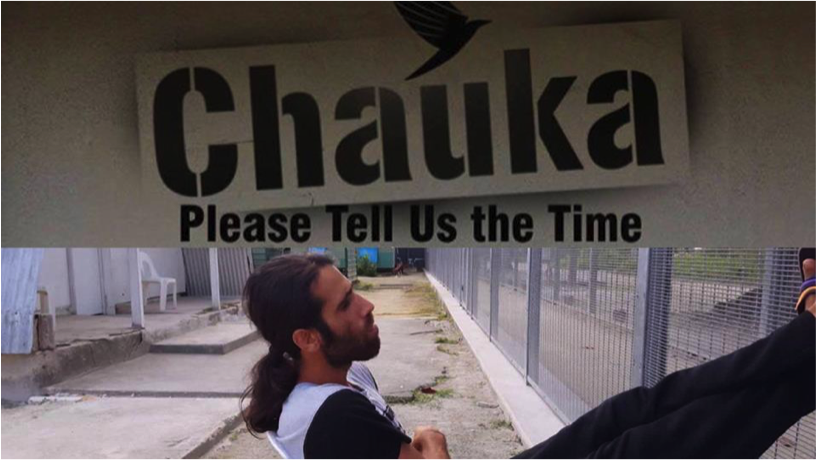 Who
We are a small group of local subversives with experience in the arts who shoot the breeze and dream up cultural experiences that make us feel good.

Following on from the success of WIFF our summer outdoor screenings in Woollamia, we join with Worrowing (Estate) for some winter flicks in a beautiful bush shed setting with, firepit, hot soup, gluwine and fine company.

Manus Island is the setting for this unique collaboration between an Iranian-Kurdish journalist detainee Behrouz Boochani and Arash Kamali Sarvestani an Iranian-Dutch filmmaker, made with the footage from a mobile phone to create a unique record of daily life in the Manus Island detention centre. Boochani secretly captured footage, sending it to The Netherlands to be shaped into a narrative. He filmed detainees phoning anxious relatives, ambulances arriving and fences being erected around the ramshackle camp. Their intention was “to document the situation so that in the future no political leader can present a distorted narration of the event” (The Saturday Paper).

The film’s title is a reference to an endemic bird that calls at a regular time – ironically marking out the days. Psychiatrists have reported that severe depression amongst refugees on Manus Island was extremely high. Against this backdrop, it is remarkable that Boochani’s artistic ambition has survived. In fact, his ego and purpose have not only survived but seem to have sharpened.

Behrouz Boochani is a writer, journalist, Associate Professor at UNSW and a refugee detained on Manus Island. His novel ‘No Friend but the Mountains’ won Australia’s richest literary prize, the ‘Victorian Prize for Literature’, as well as the ‘Victorian Premier’s Prize for Nonfiction’, awarded in 2019.

Click here to find out more about the Funknuckle Collective.