ON THE STOOP meets THE SCARAMOUCHE at Murrah Hall 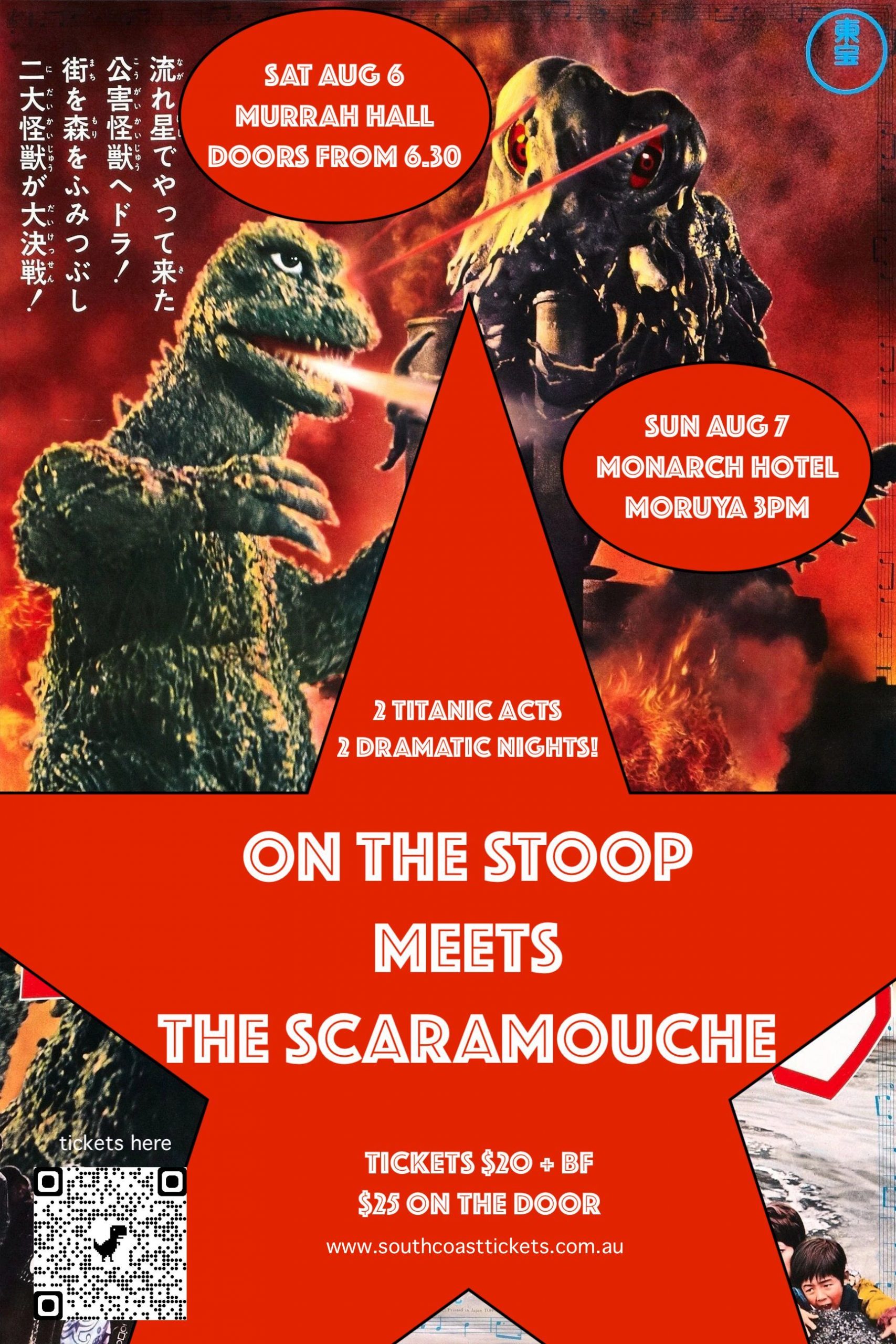 On The Stoop are a 8 piece of genre-shifting, subversive, uncompromising, horn-driven, cacophonous harmony.
Mariachi, Balkan, New-Orleans swing, Spaghetti-Western, Cabaret, Film Score, Cumbia, Punk-Rock are all represented in this adept ensemble of some of the finest musicians around.
Recent times have been generous to the band with a bunch of festivals under their belt, some regional touring capped off with performing at Sydney Opera House.
Their recent debut LP has received extensive radio support including album of the week on Eastside Radio and airplay on community radio stations 2SER, FBi, ABC Radio National and RRR in Melbourne.
The music careers between Balkan Gypsies, Ennnio Morricone, Nino Rota, jazz, rock, ska and a few other as yet unidentified genres. On The Stoop are making a mark with their own style of original sound and their continually unpredictable original music.

The will be joined by Bermagui legends The Scaramouche.
Combining rock, swing, jazz, and punk with the attitude of a metal band and the endless energy of a room full of puppies. Despite starting to gig just before Covid hit, their live shows have wowed festival crowds in the short time they have been around.
The Scaramouche released their debut single in The Preacher’s Daughter in 2021 and will release their debut EP in 2022.
Fronted by the powerhouse Jacqui Howarth, whose voice is a force to be reckoned with and she packs the attitude to match. Holding down a stone cold low end is bass slinger Sats Kramer. His disturbing bass lines are juxtaposed with his deeply calming smile. Bringing the extra heart felt vocals is Sharlee Cantrill, who’s energy and stage presence leaves audiences with their jaws on the floor. Max Tucker is the man with the golden horn. His trombone lines combine jazz with the wonderment of swing and rock. Flying in on his magical carpet is the baby of the band, Braedon Welsh-Jones. Don’t let this kid fool you, he plays music with a maturity lost on musicians thrice his age. Finally on lead guitar we have Tim Carson. A man who once traded his big toe for a guitar pick. Don’t worry kids, the toe grew back!
The Scaramouche are about to get loud in a venue near you.