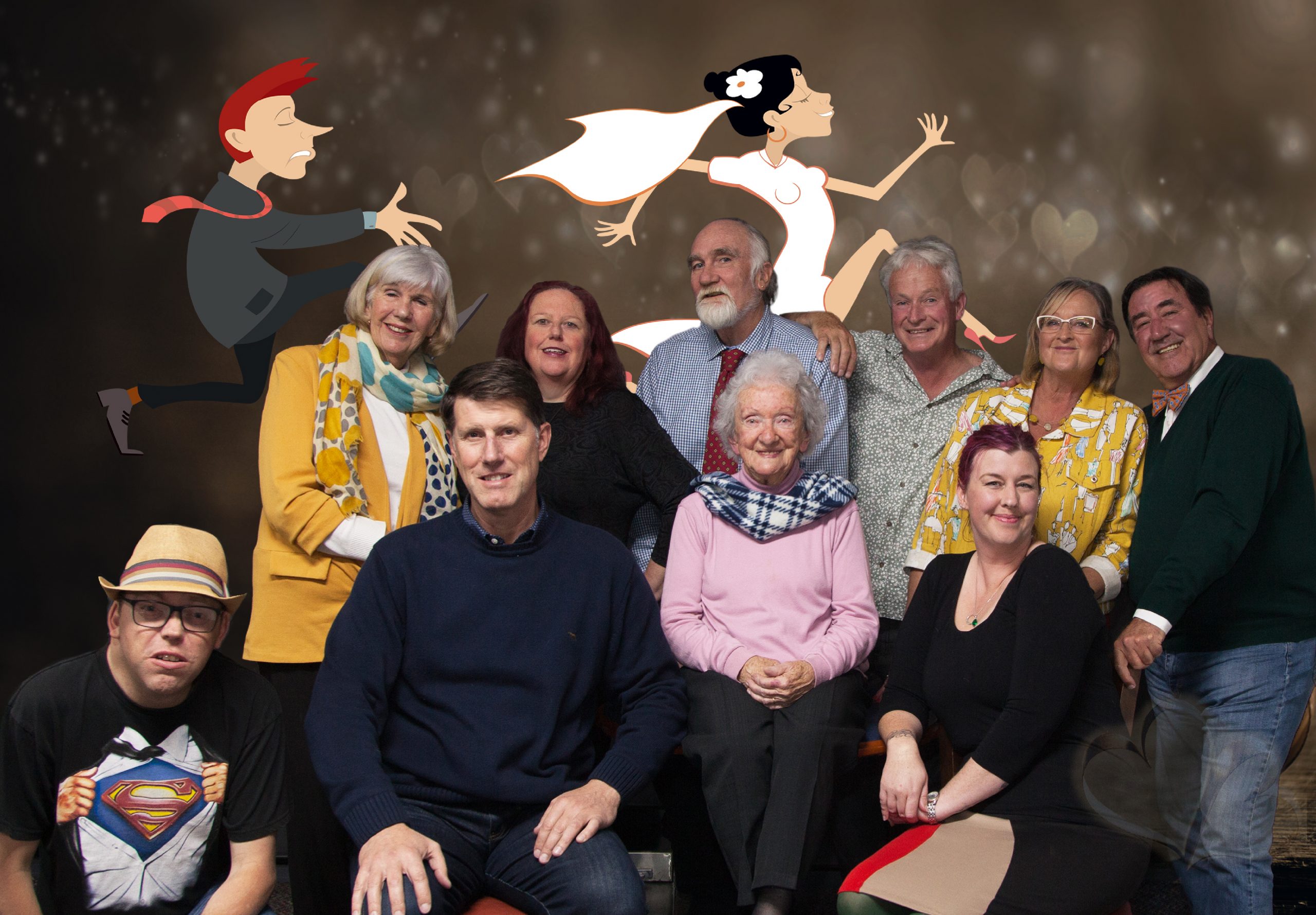 A frantic knock on the back door finds a runaway bride looking for a place of sanctuary.  But will the truth come out before the owner of the house returns only to find her son with a strange young lady.  The three of them begin to unpack the story until an announced visitor appears in this fast paced drama comedy.

The four people in this play are diverse characters and the writer Hugh O’Brien, has brought them together in comedy situations which are created  by this diversity.  When a Used Car Salesman becomes a partner in an Introduction Agency and thinks the Agency should be run by the same rules he used in his former business, the laughs come by the minute!