An intimate solo concert with singer and songwriter Lisa Richards. Touring her 7th and 8th albums, “I Got a Story’ and ‘Waiting to Fly’

With a voice described as both ferocious and sweet and a percussive guitar style, Lisa Richards writes songs of longing, loss, love and hope, borrowing from the traditions of folk, blues and jazz while carving out her own musical corner of the world.

Her music is driven by a desire to be visible, to understand the world, the
human condition and to share what she sees with others. Lisa says, “The
world is a cornucopia of stories, waiting to be told. The personal and the
universal, the visible and the invisible.That’s what humans have always
done, collected and told stories”.

She has a life story that could easily grace the silver screen, from Acapella busking in Kings Cross, Sydney, to hanging out with Debbie Harry at SXSW, playing CBGB’s in NYC as well as living in both New York City and Austin Texas for many years, before returning home to Australia in 2014.
Lisa’s songs have appeared on compilations, sharing the track list with
heavyweights including Adele, Nina Simone and Corinne Bailey Rae

“Lisa Richards is a power pack and full-on surprise package. A singer songwriter on top of her game, captured the full attention of the audience. You could hear the hearts beating and the feet keeping time.” Michael Fine Troubadour Folk Club Australia

“A captivating performer with a sly wit and an uncanny ability to touch every heart in the room while giving the intellect something to chew on. A songwriter’s songwriter!” Peter Cutler, Fiddlers Crossing California 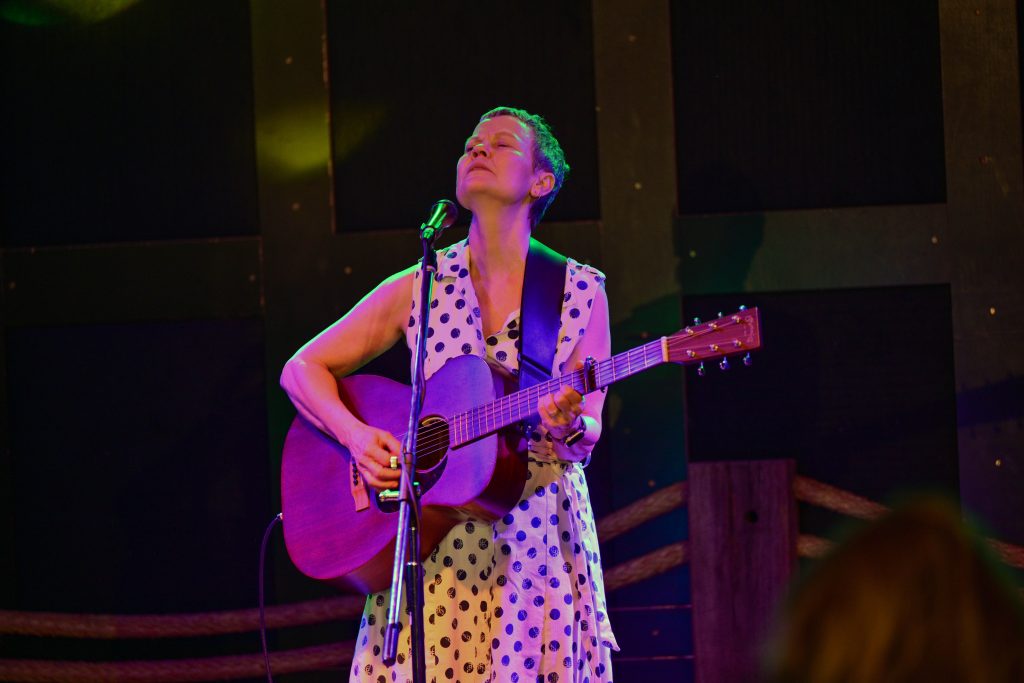