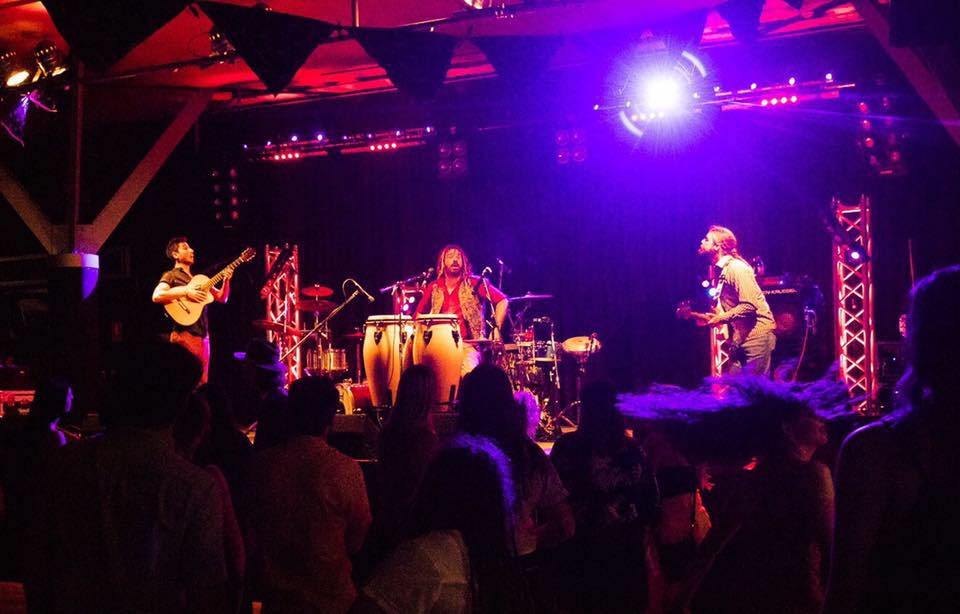 The Groove is a new fusion of old sounds emerging from the Illawarra / Shoalhaven. An amorphous shifting blend of spanish / classical and acoustic guitar vibes with driving afro percussive rhythms.

From roots to Latin, blues to middle eastern and eclectic flavours in between The Groove tweak your sense of fun and familiarity. Their synergistic organic sessions have captivated audiences of all ages and cultures from the northern beaches of Sydney down to the peaks of the Snowy Mountains.

The Groove are versatile, vivacious and vibrant and their sound invariably gets your toes tapping and your hands clapping to ‘The Groove.’

The Groove have played sold out gigs at the Tea Club and shared their unique grooves in roof top bars, whiskey bars, churches (the Fairlight folk acoustic lounge, Manly) and the Fresh Flix Indy film festival in Nth Sydney.