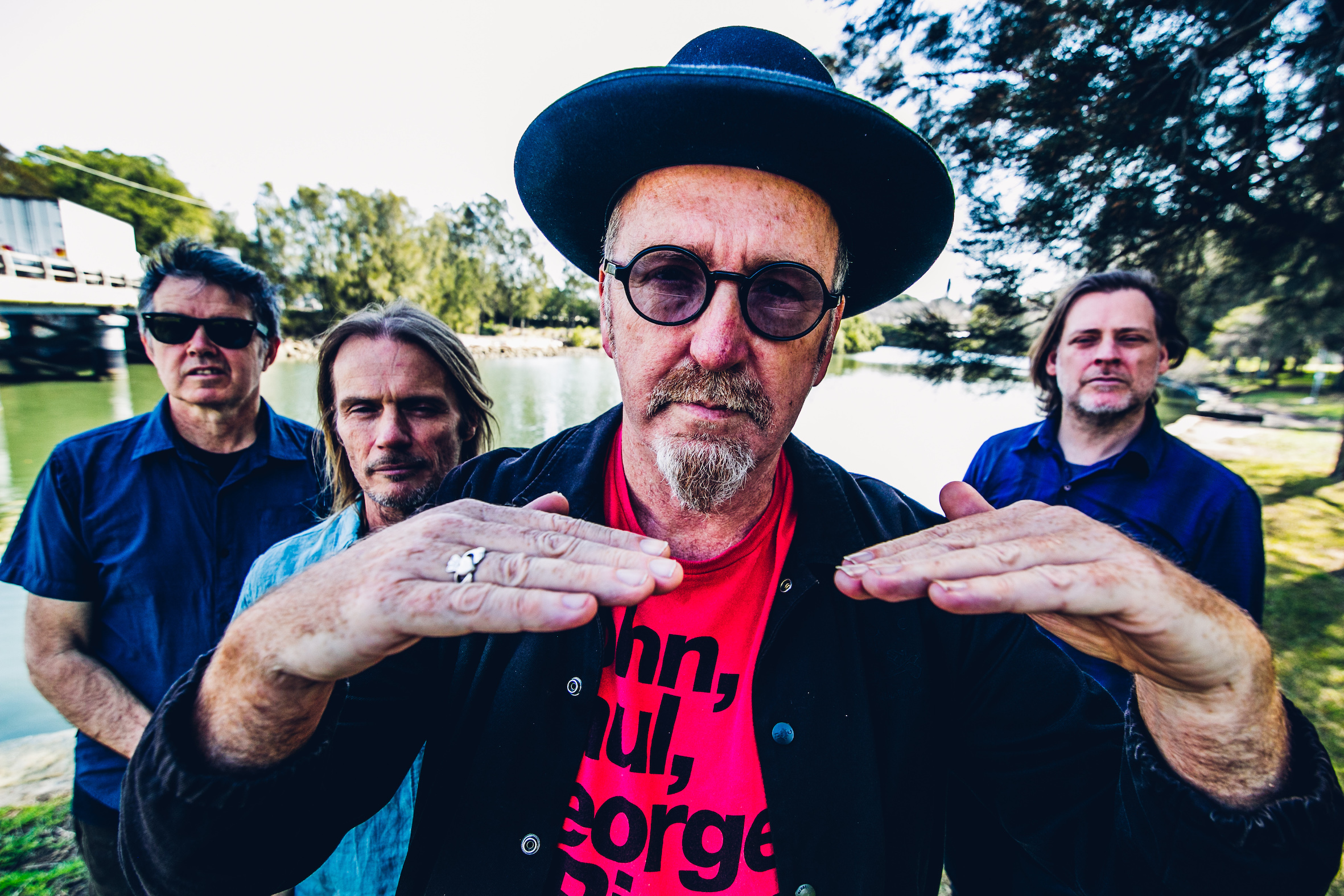 Back in 2006 Jim Moginie (Midnight Oil) founded The Family Dog to promote his first solo album ‘Alas Folkloric’. They went on to perform and tour together only sporadically. In March and April, The Family Dog is back, hitting the road and showcasing songs and tunes from their album ‘Bark Overtures’ , recorded live at Oceanic Studio and released by Sony Music Australia on CD and vinyl and Orchard digitally in worldwide.

‘There were no prisoners taken from the start, and the whole gig was very personal, intimate – and most of all – fun. The tunes were pumping.’ Blank, Gold Coast

The Family Dog is: guitarist Kent Steedman and drummer Paul Loughhead from Northern Beaches legends and punk rockers The Celibate Rifles, Kent also plays with Modern Gong Ritual, Paul with The ‘Aints and the New Christs. Also multi instrumentalist Tim Kevin from La Huva, Exiles and Youth Group. Live, this lineup is all about dynamics, travelling from a whisper to a scream, a rock blitzkrieg to psychedelia in a moment.

Jim Moginie’s twenty-five year contribution to Midnight Oil as a co-founder, songwriter musician and vocalist pioneered new ground, inflamed passions and challenged social justice and environmental concepts. Fresh from Midnight Oil’s reunion and massively successful Great Circle World Tour, Moginie is back and has picked up some of his own projects, including: touring/recording two albums with The Break, a surf/space/rock themed outfit whose members are ex-Midnight Oil, Violent Femmes and Hunters & Collectors; his folk bands Shameless Seamus and The Tullamore Dews and The Tinkers; avant-garde ensemble, The Electric Guitar Orchestra and The Colour Wheel, where Jim’s music explores the attempts over history to prove the connection between music and colour. Jim also regularly tours as guest player with the Australian Chamber Orchestra. He has recorded 2 solo albums. Alas Folkloric and No Vans Mary and 3 ep’s, Under The Motherland Flag, Perpetua and Armies Of The Heart. He has recorded and produced music with such luminaries as Neil Finn, Sarah Blasko, silverchair, Kasey and Bill Chambers, Backsliders, The Sleepy Jackson, Lyn Bowtell, Leah Flanagan, End of Fashion and The Living End.