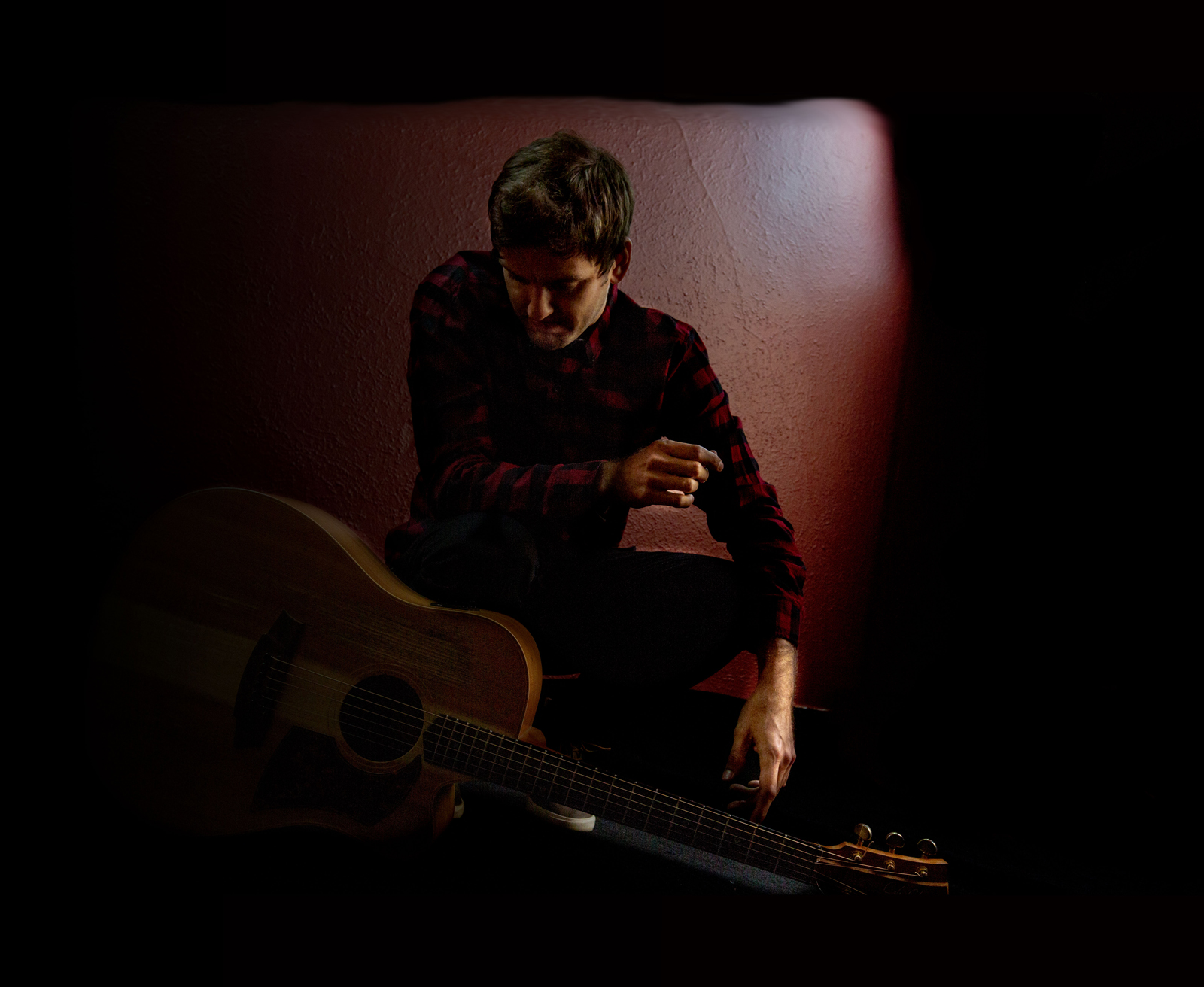 ABOUT DANIEL CHAMPAGNE One reviewer recently wrote Daniel Champagne exudes a natural ease on stage, as he sings poignant lyrics and beautifully crafted melodies that invariably whisk the heart up with grand romanticism. Coupled with an exhilarating guitar talent that transcends mere acoustic playing to replicate a whole band, Champagne is just magical (themusic.com.au)

The story goes that the young Australian singer, songwriter and one-of-a-kind guitar virtuoso first picked up his instrument of choice as a five-year-old following in the footsteps of a musical father. He began writing songs at 12, training classically throughout his teens and performing solo wherever he could, honing his craft and developing what would become the dynamite live show that he is renowned for today. At 18 he left school, turned professional and hit the road.

The next five years saw him traversing North America, the United Kingdom, Europe, New Zealand and of course, his homeland Australia playing such festivals as Vancouver and Mariposa Folk (Canada), Belgium’s Labadoux Festival and Australia’s Woodford, Falls Festival, Port Fairy Folk Festival and the legendary Byron Bay Bluesfest. As well as touring and sharing stages with the likes of Lucinda Williams, Judy Collins, INXS, John Butler, KT Tunstall and Ani DiFranco, Jake Shimabukuro, Rodrigo Y Gabriela, Tommy Emmanuel, Albert Lee and Kaki King – all of this while writing, producing and independently releasing two EPs, Gypsy Moon Volumes 1 and 2, his first long player Pint of Mystery (2011), My Own Design (2009), Wide Eyed and Open (2010), and the Real Live offering in 2012. His latest full length release Fault Lines (2017) is available now and his new project, Satellite City EP (2018) is comprised of three singles, Satellite City, Indigo, and The Great Divide, all out now.

As one reviewer recently wrote, “still in his early twenties, the distances he has been would be more frequently associated with veterans of the Folk scene” (The Dwarf).